How to Be the Explainer-In-Chief of Your Company 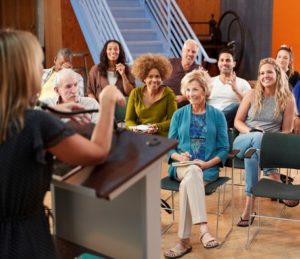 There are many hats that a successful leader wears including being a visionary and being an explainer-in-chief.  If the leader can clearly communicate the organization’s vision that inspires its members, the execution of the plan becomes easier to complete.

President Obama coined the term, explainer-in-chief to refer to Bill Clinton and the way in which he would be able to explain Obama’s message in a down to earth, easy to understand fashion.  Obama, who often communicated his vision in a professorial manner, relied on Bill Clinton to speak to the public during Obama’s campaign for a second term as president of the United States.  Clinton’s gift as a speaker is his ability to pitch complex policy arguments in an uncomplicated, straightforward way. His plainspokenness was an asset that Obama, a gifted speaker in his own right, was often seen as more professorial and who could not connect with parts of the general population.

Just as President Obama understood the need to explain his vision to the diverse segments of the American population, today’s leaders would be well advised to think of themselves not only as being a visionary and an implementer, but also being an explainer-in-chief.

It’s no longer enough for a business leader to develop a powerful vision.  The leader must be able to clearly communicate the vision to every individual involved in the organization and why it is important to achieve that vision.

Here are ways to make certain that you, as a leader, communicate your vision to the members of your organization and how you can embrace the role of being an explainer-in-chief.

The ability to tell a good story is a wonderful way to transport the listener to another time and place.  It is a narrative that can breathe life into your vision.  People can connect with the vision by weaving a story that includes them as characters in the plot.  When a leader communicates the vision through storytelling, the narrative can become a catalyst that inspires people to implement effective strategies moving them closer to reaching the vision goals.

Be the tour guide.

As the team is moving forward, continually update the progress.  Make modifications in the implementation plans as necessary, and always keep everyone informed of the changes.  As an explainer-in-chief, you may find it helpful to create slogans or create a visual guide that is posted at meetings, communicated through emails or mounted in lunchrooms.  The point is to keep the purpose of the vision and the progress being made in front of mind for everyone involved.

As explainer-in-chief, you are using your various forms of communication continually to inspire so that if you reach a rough patch in your progress, people will keep moving forward.  As a tour guide, you are traveling right along with them.

As the explainer-in-chief, choose your words carefully and construct a positive message.  If you are not excited and inspired by your vision, then your workforce and your customers will not be excited either.  Being inspiring can be contagious when you communicate respect for and appreciation of their various talents and backgrounds that these talents can be woven into a high level of quality productivity.  If your vision embraces a new initiative, you cannot communicate any doubt, or the staff will reflect that doubt and start to question the validity of it.

A good explainer-in-chief is open to feedback.  Establish lines of communication where individuals can share opinions and offer suggestions.  The more that members of the workforce can participate in the conversation, the more they will feel engaged, and the more they will take ownership of the process.

Establishing a two-way form of communication allows you to explain why and how you have made decisions.  Also, by including the resources you used to inform your decisions, you retain credibility.  However, the people on the front lines who are implementing the process often have the most useful suggestions to improve the implementation of the plan.  Listen to their ideas; you’ll be an explainer-in-chief with respect.

Learn more about how Strategic People Solutions can design leadership development strategies for you. We offer one-to-one coaching and masterclass opportunities. In addition, Dr. Ann can assume the role of chief learning officer for your organization, and has extensive experience designing leadership development presentations that are customized for the needs of your organization. Here is a list of sampling of presentations Dr. Ann has produced.